The Future of Video – Yours Sincerely, Jon Mowat 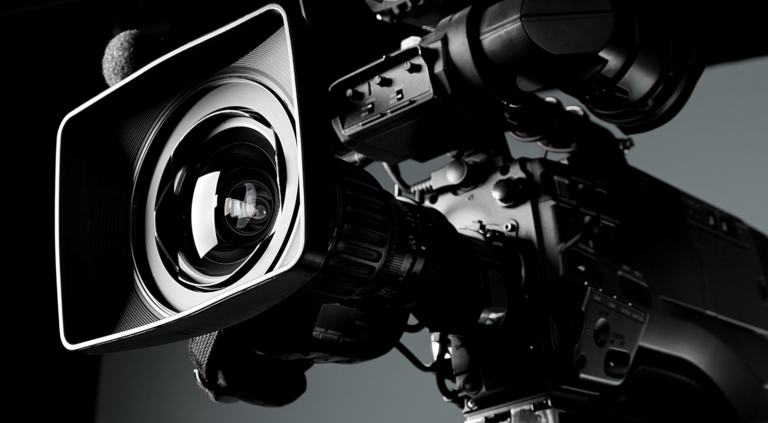 To kick off this year’s first guest blog, we spoke to Jon Mowat, founder of the award-winning video and marketing agency, Hurricane Media and author of the book “Video Marketing Strategy”.

From sharing his thoughts on how lockdown has affected the video marketing landscape, to suggesting how brands can best adapt to meet these new trends, Jon’s insight unpacks issues at the very forefront of video today.

The impact of lockdown on video consumption

“People have realised you don’t necessarily need production to be shiny. You just have to be authentic.”

When it comes to video consumption and engagement, the three key things that lockdown has affected are volume, duration and tone. Volume comes down to the simple fact that we have more time on our hands than ever before. During lockdown, adults spent 40% of their day in front of screens and their time spent on streaming services doubled. Not only have we gained back time from the commute, but video has also become an essential part of our daily life – be it video calls at work or social media.

Duration is the other thing that’s changed – long form video has increased in popularity, as have webinars. So the average watch time has gone up too. I was talking to a colleague of mine at the video marketing platform, 23 – they’ve seen a 1710% increase in webinar usage on their platform in 6 months, and most webinars are over 30 minutes.

The third effect of lockdown is that the tone of video has changed. Brands have been forced to develop a more authentic tone of voice and react faster to the real world. Some of the shine has gone from brand films due to the impact of the pandemic on production, but everyone’s realised you don’t necessarily need it to be shiny. You just have to be authentic.

Forecasts for video trends in 2021

The big video trends of 2021? Well, these will continue to be driven by an increased fragmentation of formats. We’ve got YouTube, Facebook and Tik Tok as established leaders, but there will be others like these in the pipeline, as well as more variations of video being shared on these channels. Each one of these platforms is going to be running it’s own paid carousels, its own stories, it’s own pop ups. Some will be 5 seconds, some 15 seconds, and some 25 seconds. On top of that, you’ve got the addition of longer form content coming into the marketing stack more and more, from webinars to mid funnel consideration content.

How brands can adapt to meet these new trends

Brands need to have a wider strategy than just one single form of content. At Hurricane, we help brands to consider how they’re going to repurpose their content across all of these platforms, as well as which to focus on. Trying to be on all of them will stretch resources too thin and weaken your targeting.

Alongside this, brands are having to adapt to the fact that people are becoming less sympathetic to corporate messages. Viewers want more emotive, “real” quality content. So brands also have to think about how they can make content that’s emotional and that really connects to its audience – that’s what makes quality content.

On top of this, with different parts of the sales funnel using different platforms, brands also have to focus on using the right content at the right time. For instance, you may have an initial 15 second video on Instagram to capture attention, followed by a three minute YouTube piece, ultimately driving viewers to a two hour webinar. It’s about understanding the digital sales funnel and serving the right content at the right time.

“The days when you could just put content on your website, put it on your social, and still make traffic, are long gone.”

There are two parts to this: ensuring your content gets found by a SERP and creating content that’s engaging. SERPs, especially YouTube, care about two things: clicks and engagement. Essentially, this means it’s not enough making sure people click, you need to make them stay too. A good way to achieve this is by doubling down on thumbnails and descriptions, making sure that you’ve got that strong emotional connection in the first ten seconds. And, if it’s long-form, you need to give people reasons to stay by building up to a crescendo and dropping a few stats at key moments as you go along.

The second thing is that, now more than ever, you have to put paid behind your content. The days when you could just put it on your website, put it on your social, and still make traffic are long gone. Content that hasn’t got paid behind it is now being actively punished by SERPs as they want to push things that are being paid. So with paid activity, yes you’re going to get found by a new group of people, but it also means your organic posts will appear higher to your existing followers. If you choose not to put money behind your posts, they are more likely to disappear without a trace. So firstly, focus on people clicking it and watching it, but then also focus on getting people to find it, which is through paid activity.

Why video creates better connections between brands and their audience

“What we’re actually doing with video is we’re affecting behaviour by changing brain chemistry. That’s why it’s so powerful. It’s a science of activating emotions.”

There are four key reasons that video works: one, it has a moving image; two, we just can’t put our phones down; three, it’s highly targeted; and four, it allows emotional storytelling.

So first, let’s look at moving image. As humans, we’ve got these things in our eyes, called ganglion cells, that are designed to pick up movement, which evolved over time to stop us getting eaten. If you look at a scene and something moves, your eyes are instantly drawn to it. The ganglion cells trigger a reaction so you pay attention. It’s known as the Snake Detection Theory and it’s why, if your phone is facing down on the other side of the desk and you get a LinkedIn notification, you’re instantly drawn to the tiny lighting change that you eyes detect. You don’t stand a chance of ignoring it!

Number two is that we love dopamine. And every time we pick up a phone, and see that we’ve got a like, or a social mention, or we get re-shared, we get a little kick of dopamine. The phone is a dopamine pump and we love it. Loads of research has been done into it, and app developers know how to maximize its addictiveness, which is why you get irregular notifications and irregular likes, because we’re never quite sure when that treat is coming.

Then the next thing is that it’s highly targeted. As marketers, we can now target specific socio-economic groups. This targeting means that we can be much more effective with our content. Unlike TV which has a mass audience, you’re aiming a video at people who are exactly your audience. You can look at keywords they’re using, their consumption patterns, their location, what conversations they take part in and more. All of which means people are served highly relevant videos.

And then the big one is emotional storytelling. Since neanderthals sat around campfires 700,000 years ago, human beings have communicated through stories (both visual and verbal). When we tell a story, and when we hear a story, all sorts of chemicals kick around our brain. The amygdala kicks off, the hippocampus kicks off, and we get all of these neurochemicals like vasopressin, serotonin and endorphins pumping around the body. These make us ready to listen, and ready to learn. And, when we tell emotional stories with video, it’s the same reaction – we are naturally more engaged and our vasopressin, endorphins and oxytocin levels go through the roof. What’s fascinating is that this correlates directly with behaviour. For instance, High Cortisol and oxytocin levels directly correlate to how much money you’re willing to give to charity.

In the real world, if you show a powerful charity film to people, they are more likely to donate. So the worst thing to do is to create a film that just says, “well, here’s a thing that we do that’s important”, because you’re not connecting emotionally at any point. Whereas, if you add a personal story and emotional music, then we’re forced to directly connect with it. It bypasses the logical part of the brain and creates an emotional response. So what we’re actually doing with emotional stories is directly changing behaviour by changing brain chemistry. That’s why it’s so powerful. It’s a science of activating emotions.

I think my favourite campaign at the moment is for Sykes Holiday Cottages, which is on national TV at the moment. Not only were we able to build on the existing creative that we had done for the brand, but it speaks directly to the current climate of the pandemic. We’ve managed to centre the messaging around why you should holiday in the UK without being horrifically obvious or alarmist, while being focused on the authentic and warm truth that we all love spending time with our family on holiday.

Alongside this 30 seconds “above the line” TV commercial, we’ve also targeted individual pieces of content digitally at the four of Skyes’ key audiences. What we’re doing is reaching a mass audience with the TV, while at the same time, highly targeting specific audiences on Facebook and Instagram with different messaging and formats. The campaign is connected with the same central idea, but additional video formats have been approached in a different manner depending on the audience. I think that’s very much the way everything’s going; taking one single idea and then running it through all the assets and all the different platforms.

We’ve also just created a series of 15-seconds-long adverts over Christmas for Shelter  which were very successful. This was coupled with a 45 minute Christmas carol concert, which delivered great engagement rates and generated a lot of donations. This goes back to my earlier point that there’s no longer ‘the perfect’ duration, there’s only the correct duration for what you’re trying to achieve. It’s now about being flexible and changing your approach based on your understanding of the platform – asking yourself who’s on it, what they want and how to talk to them in the best way.

I think the key takeaway for 2021 is that video will make a huge difference to your brand, but it’s worth being mindful about where you spend your money. No matter the budget, if you haven’t planned it  – what you’re doing, why you’re doing it, and who you’re talking to – it won’t have the desired impact and you’ll waste money. Ultimately, video will help transform your brand but you need to know what it is you want to achieve with it, and it’s a good idea to consider getting someone on board to help you do this.

The second edition of Jon’s book, Video Marketing Strategy: Harness the Power of Online Video to Drive Brand Growth, published later this year, delves deeper into the future of video and it’s increasing importance within the world of digital marketing. You can find it on Amazon or purchase directly from the publisher. 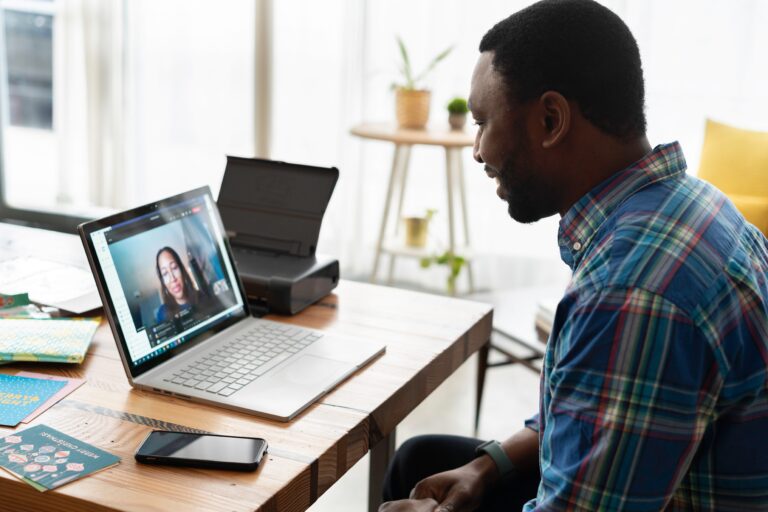 5 tips for nailing that all-important virtual presentation or interview 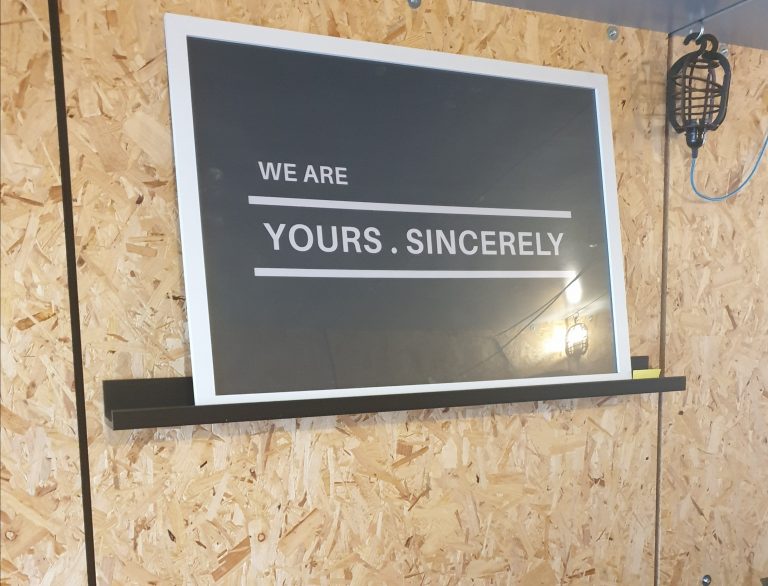 YOURS . SINCERELY, the team 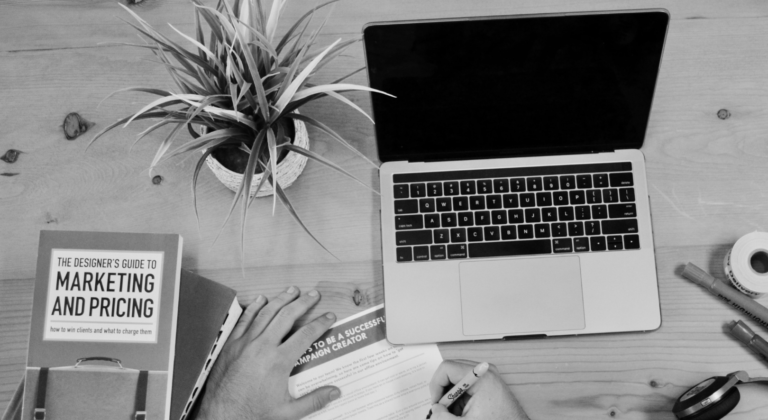 5 reasons to increase your Digital Marketing spend in 2021 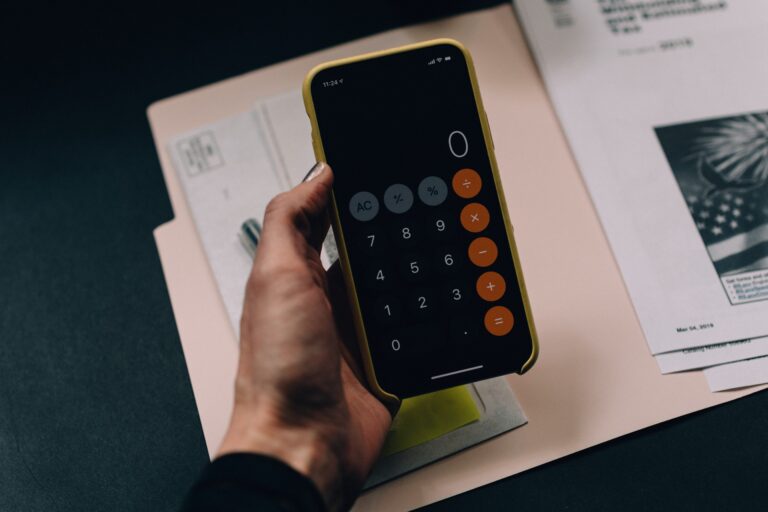